skip to main | skip to sidebar

The Firstborn Child: Typically, a first child grows up to be a conscientious and achievement-oriented adult who enjoys being in control and strives to please others. The idea is that when they were young, they had their parents all to themselves for a while, then lost that privilege. As a result, even as adults, they look for ways to gain back the undivided attention and approval they got used to receiving before their siblings came along. They're also often very organized and prefer to be in charge, which produces success in academics and career.The good news for a firstborn when it comes to relationships, then, is that they're most likely reliable. You can count on them to be where they said they'd be, when they said they'd be there, and much of the guesswork of a relationship will be removed. The flip side of this, of course, is that they may need to work on being a bit more spontaneous and free-spirited. Also, a firstborn should be very aware of their potential tendency to try to maintain complete control when they interact with others; their relationships will benefit if they keep in mind the importance of compromise and collaboration.
The Middle Child: The middle child can often feel "squeezed out" by their siblings. The older sibling gets more responsibility and opportunities, while the younger sibling is the baby of the family and is thus coddled and adored. The good news is that middle children gets lots of practice at negotiating conflict, since they have to deal with it in both directions. Their flexibility and sociability means that they'll often end up being the kind of laid-back people that others like to be around. They also usually show strengths when it comes to compromise and coalition building.As a result, a middle child often makes a very good romantic partner. Since middle children are the least likely to have been spoiled in any way, they're most likely willing to work hard to create a happy and meaningful relationship. One pitfall to watch out for, though, is the desire to avoid conflict, which middle children typically hate. They've experienced enough conflict and therefore do all that they can to steer clear of it. That, of course, is a dangerous inclination in a relationship, where it's often crucial that conflict be acknowledged and dealt with.

The Youngest Child: The youngest child is the one most likely to ask, "Why?" This ability to view issues from a critical perspective means they conform less and often come up with creative solutions to problems. One potential drawback is that they've often been cared for by so many people in their life that they can expect others to take responsibility for them. The youngest child is often more outgoing and social, and they'll usually take more risks, meaning that they may get to experience more diverse opportunities than their older siblings.What this means in a relationship, then, is that the youngest child offers all kinds of fun and excitement. Whether on a first date or in a serious relationship, you can count on a youngest child to find spontaneous, unexpected ways to amp up the excitement. This spontaneity can also lead to potential problems in a relationship, though, since it's not always accompanied by dependency and accountability. Also, those powerful social skills bring all kinds of rewards, but they may not always be used for good; youngest children need to be careful not to abuse those powers by manipulating to get what they want.
The Only Child: An only child is much like a firstborn, except that he or she never had to share the parents or get to experience the conflict and connection that exists between siblings. Only children, therefore, are often mature and can be aloof, expecting to receive special circumstances from those around them. Even as children, they're usually serious and dependable, and like the oldest child, they will often find great success in school and career.Only children bring many relationship skills to the table. They're dependable and sensitive, and willing to sacrifice for the people they care about. They're good communicators, and since they lived alone with their parents for so long, they've already had lots of practice at being in relationships with adults. Perfectionism is one trait that an only child needs to watch out for; this can present a real challenge to a partner, especially if that partner happens to be a youngest child. Another issue to remain aware of if you're an only child is your tendency to proceed slowly. Your caution and matter-of-factness are definite strengths in much of your life. But there may be times when you need to "step out" a bit more and take some risks that allow a relationship to move forward and grow deeper.
Posted by Bingham Family Blog at 9:40 PM 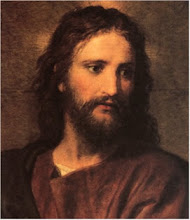 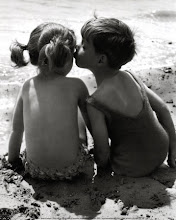 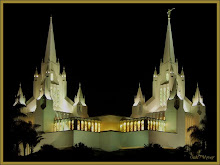 Bingham Family Blog
The Bingham story begans in 1965 when Jim and Connie both flunked english class and had to make it up in after school detention. Connie became smitten by Jim and Jim smitten with Connie and by 1967 they were married with a baby on the way. Well, this was the first of two waves of "babies on the way" with the first wave starting in 1967 with Jamie and the second wave starting in 1978 with Melissa and soon the family of two turned into a family of ten rather quickly. After eight kids and 18 years of marriage, Connie passed away in December of 1987. Jim continued to raise his brood alone and in May of 2008 he married his new sweetheart Lisa. He now has 9 children and 22 grandchildren. So the Bingham story continues....